Patterns are frequently used in art, since their structure is very appealing to the eye. They appear widely in nature, inspiring their use in cities and architecture, patterns in paper and others. Pattern art uses a combination of elements or shapes repeated in a recurring and regular arrangement, in an aesthetically pleasing way.

Patterns can be employed in art on many materials – these are some examples of pattern being used on tiling and wallpaper:

Some of the more famous patterns artists include William Morris (whose patterns are famously used as designs for materials such as wallpaper, tiles and textiles)…

… or larger-than-life patterns on walls, as per Damien Hurst…

…and of course pattern can be used on the more traditional medium of canvas, as per Gustav Klimt:

Patterns have been used in art in all parts of the world through different time periods, including Islamic, Egyptian, Moorish & African art, similarly used patterns as art on a variety of materials / objects:

Pattern in art can also involve a variety of techniques, most often using stencilling and linocuts, to make the repetition much easier: 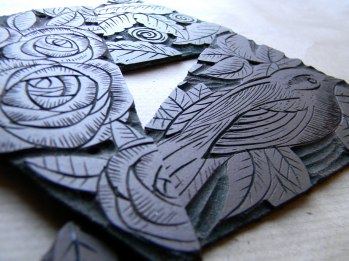 Pattern in art also employs a variety of techniques that can “trick” the brain:

Interested to know more about what I do? I’ve just had a refresh of my website, please take a look and let me know what you think!

More on what I do Back to all blogs